First Resale in Walker Tower Flipped for Near $3 Million Profit

The renaissance of Walker Tower, the 24-story Art Deco office building at 212 West 18th Street that put Chelsea on the skyscraper map after Ralph Thomas Walker designed it for the New York Telephone Company in 1929, has been emphatic. 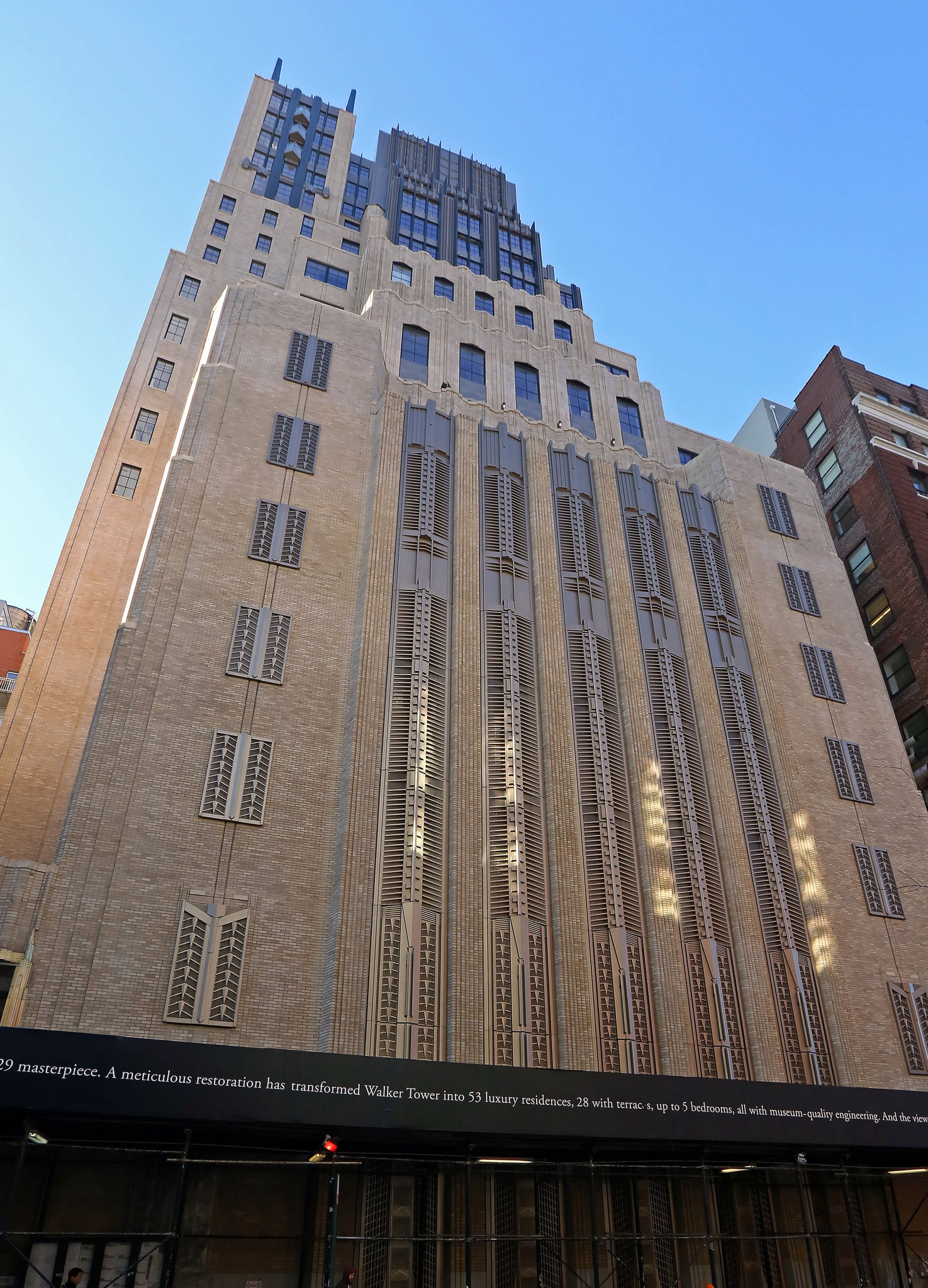 Its 2012 conversion to 47 luxury-laden condos produced a record-breaking downtown sale — PH1, after asking $55 million, recently sold for $50.912 million — and inspired such a surge of wealthy buyers that only one unit, PH2 for $47.5 million, is still available. And now the tower’s first resale, a two-bedroom unit on the 11th floor, has generated a near $3 million profit for an owner/investor who, by the way, never actually set foot in the building.

One tenet of being a serial apartment flipper like Burt Freiman, the retired businessman and real estate speculator who cannily bought and sold No. 11E, is never to get too attached to one’s trophy acquisitions. Before Walker Tower, he bought and flipped at 15 Central Park West, setting himself a positive precedent by buying a sponsor unit for $4.9 million and reselling it for $7.6 million, according to his longtime broker and real estate adviser, Reba Miller of CORE.

Part of the initial wave of buyers at Walker Tower, Mr. Freiman went to contract in June 2012 on No. 11E, a two-bedroom two-and-a-half-bath 2,183-square-foot apartment with soaring ceilings, top-of-the-line finishes and amenities, Empire State Building views, and a handy home office. The asking price for the sponsor unit was $5.2 million, and he paid $5,027,609 when the deal finally closed on Dec. 4, 2013.

Then, two weeks later, just as planned, he relisted the apartment for an ambitious $7.9 million through Ms. Miller. Had the apartment not sold within a reasonable time-frame, she said, the backup plan was to rent it out.

But Mr. Freiman’s condo quickly found a serious suitor despite its being vacant and bereft of furniture, and this week it closed yet again, this time for $7.775 million. Bahar Tavakolian of Stribling & Associates brought the buyers, who actually do intend to move in and live there while their 2014 market-rate investment presumably appreciates further. The monthly carrying costs for the unit, which is one floor below a three-bedroom apartment bought as an investment by the actress Cameron Diaz, are $3,809.

“The buyers paid more for the apartment than my client did,” Ms. Miller said, “but I don’t feel that they paid up; they paid what the market will bear today.” She had intended to install staging furniture in No. 11E during the Christmas holidays, traditionally a non-optimal time to put a property on the market, but before she could do so, Ms. Tavakolian contacted her with the news that she had an eager buyer who specifically wanted a unit at Walker Tower. Fortuitously, Mr. Freiman’s was the only one available except for the penthouse, and it was about $40 million less expensive.

The co-developers of Walker Tower, JDS Development Group and Property Markets Group, said the stunning profit realized on the first resale was further proof of the building’s architectural pedigree and escalating popularity among elite buyers. “It makes us happy because it burnishes the brand,” said Michael Stern of JDS Development Group.

“It vindicates our vision of the quality of the conversion and the continued importance of the role played by Walker Tower on the city skyline,” added Elliott Joseph of Property Markets Group. “The seller made a great investment, and the people moving in are making a great investment. The residences on the lower floors actually have the highest ceilings, and since the residences start on the eighth floor in a low-rise neighborhood, there isn’t an apartment in the place that doesn’t have great, penthouse-type unimpeded views.” (The building’s first seven floors are occupied by Verizon.)

As for the one remaining unit, PH2, Mr. Joseph predicted a speedy sale: “It’s an awesome product,” he said.

Picking Up the Pace in Murray Hill

Murray Hill’s popularity shows no signs of slowing down…